The Owl and the Blackbird 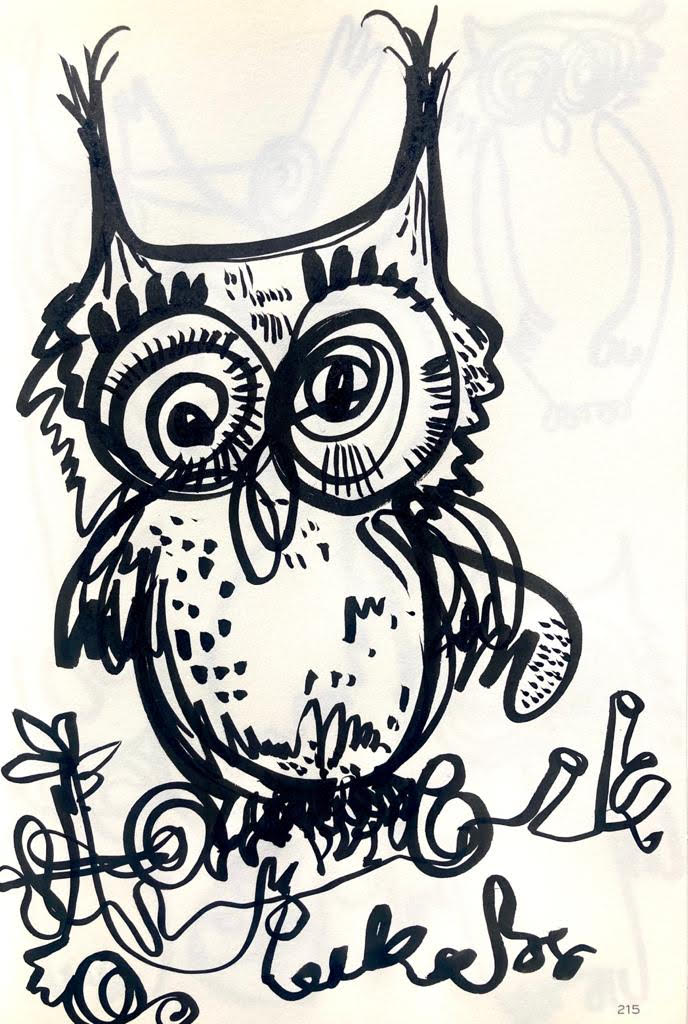 The owl and the pussyc –

I ate the pussycat

The owl is a pussy rat!

You pulling my feathers?

And you’re a cliché 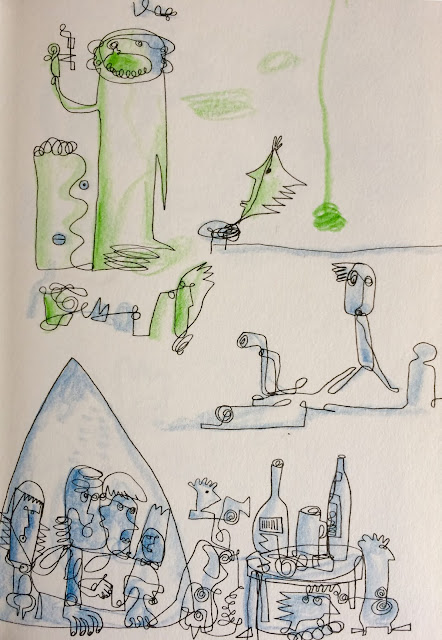 In the kind of wild campsite they liked to frequent, toilets were at a premium and not to everyone’s taste.

Drinking helped relax things but also added to the need to make a visit. Two pints was a typical threshold

for the floodgates to open and then visits became increasingly urgent and frequent. But drink also made

toilet-goers forget the warning sign at the entrance to the campsite:

‘Beware the giant bearded tree man in the forest who will hold you like a leaf and snap you like a branch.’

‘What a silly sign!’ hadn’t Harriet said, but no one had seen Harriet for days.

to the toilet, rolls of paper falling out of his pockets.

everything would be okay. It was only when he got to the trees near the toilet that he felt it odd that his

whistle was being returned in a loud shrill echo that made his cheeks smart and his skin crawl. He looked

into the trees to see where the whistle was coming from and his head was plucked clean from his body.

A tiny scream was emitted and repeated.

‘What the fuck was that?’ shouted Marjorie from inside the tent.

‘I didn’t hear anything,’ said Simon.

‘You mean you didn’t want to hear any fucking thing!’ shouted Marjorie.

‘Shush, I can hear something coming closer,’ said Spenser.

‘I can’t hear anything,’ said Simon.

The sound was of ridiculously fast running getting louder and nearer.

Spenser, who had troublesome IBS, farted.

‘I heard that!’ said Simon.

Peter Perves’ head suddenly appeared in the gap of the tent’s entrance.

‘Thanks be to Christ,’ shouted Marjorie. ‘We were beginning to wonder what had happened to you?’

‘I wasn’t wondering,’ started Simon, when Peter Perves’ head dropped and then bounced along

the tent floor and onto Spenser’s lap.

‘Spenser shrieked and farted: ‘what on earth do you think you’re doing, Peter Perves?’

‘He’s not trying to do anything,’ shouted Marjorie.  ‘He’s dead!’

‘I’ve had enough of this nonsense,’ said Simon, and he snatched Peter Perves’ head from Spenser’s

lap and kicked it out of the tent.

Spenser watched Peter Perves’ head land in the field outside the tent, and then he farted.

‘No, I mean it was a stupid fucking thing for Simon to kick Peter Perves’ head out of the tent,’ shouted Marjorie.

Marjorie was right, it was a stupid fucking thing to kick Peter Perves’ head out of the tent,

and the next day the friends’ body parts, including Spenser’s bothersome bottom, were

hanging from the branches of a giant tree.

‘Should have read the sign!’ Marjorie might have shouted if she still had a body, or if she was the kind

of ghost that actually spoke.

But she wasn’t any kind of ghost: ‘Ghost stuff’s all fucking nonsense,’ Marjorie had often shouted,

though Peter Perves and Spenser had always believed in such things.

Years later, as trees swayed in the surrounding forest, local boys played on a football field that had

once been part of a campsite. The whistle blew for a penalty, and a small boy swore that

the ball winked at him as he kicked it towards the goal. 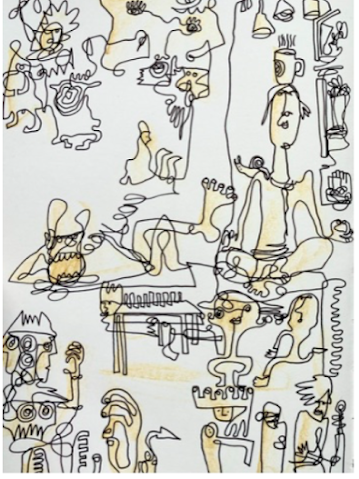 In all their agonising and perpetuating of the myth that hard work leads to achievement,

Barnaby Benson was an outlier, a slow-down, even-breathing sage of the virtues of doing nothing.

Eschewing the inherent stresses of searching for enlightenment by following mantras and rules,

Barnaby’s approach, if it could be described, was as fresh as the melting rush of a mountain glacier:

‘Listen to metal and drink coffee and beer if you like them, rant at the television at night if it helps,

just allow yourself a moment to breathe and empty your head and feel the ground under your feet’.

It was as simple as that and though Barnaby Benson had no followers or friends or underpants of note,

And spent lots of time ranting at the television, sometimes he was as quietened as a deserted school at night.

When WE WILL RUN FREE 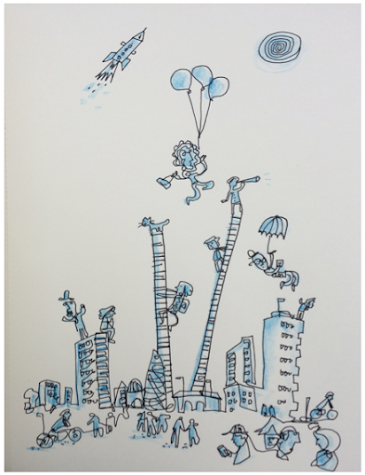 When billionaires blew rockets to burn, we filled balloons

with spittle, and flew like Icarus towards the sun,

skinned up palms to escape ourselves, to rescue a neighbour’s cat,

shouted in cones, ranted from rooftops,

Once we mingled, cycled in an umbilical cord,

a lycra chain-gang, in parks, in cities,

thoughts of jumping banished by who we might fall on,

a lonely road now with just our breaths, and memories.

After this, the clamp, the civic shut in,

will come the release, the new build,

going into shops like entering a circus, the shrill cry that follows the roar,

the kiosk sign that says all fear gets left inside,

we’ll find each other then, clowning around, ignoring hoops for the air outside. 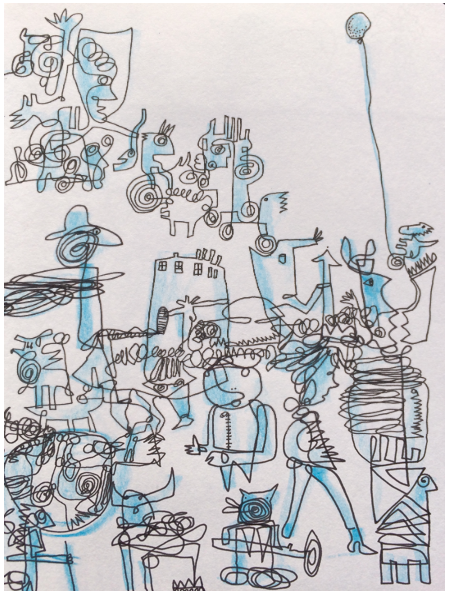 In the low tide scrub hinterland fringing the canals of East London, all manner of life is exhumed: carved out cats, whose missteps had fatally wrong footed them into a starving badger lair; an empty marmalade jar divested of its fairground retro goldfish prize (three consecutive hoops on a roadside cone); a deflated helium balloon crash-landed from a child’s party; a bird spectacularly entangled and carried away by a goal net unfastened in a gust of wind.

Under this moody sulphurous globe of late autumn, amongst all the death and detritus, a woman walks, head down, wringing her hands in a vain attempt to wipe away thoughts, her brain frazzled and beset by fear. She doesn’t notice a resurrected, reborn half-dog-half-cat holding a Dyson leaf collector in its reconstructed paws; nor the legless, one-claw-one-hand surgical philosopher with his chest clasped tight in fish gut. It’s a pity for his words are exemplary:

‘Do it to yourself, do it to others, patch up the armless and fill the poor souls with their stuffing taken out, put crows eyes on crows feet, jumpstart a de-frosting Iceland salmon and sew an aqualung through its spine, taxidermy the taxi driver who lost all recall of his knowledge, give him a dog’s memory for treats and plant a Satnav into his frontal lobe  . . . ‘

As he speaks, his lone claw chops creative life shapes into the sky, whilst his hand reaches in his pocket for a long discarded Strawberry Quality Street.  ‘I hate these,’ he thinks. ‘If only I had the power to summon new life, not just resurrect and re-shape the lifeless, I could bring forth a chocolate caramel, or a purple clad toffee brazil.’  He spits the strawberry cream out and the half-dog-half-cat hoovers it up.

‘Waste not want not,’ munches the half-dog-half-cat.

The surgical philosopher, who has been closely watching the rejected chocolate disappear into his splendid domestic creation, is suddenly struck by a big idea. ‘Pass me the leaf collector,’ he commands, ‘for I can fashion something from it that may have benefit for life-form as we know it, something for the greater wellbeing of our planet.’

His words take flight towards the angst-ridden woman, who had passed by only a moment before: ‘Madam, would you allow me to adapt the leaf blower into a strimmer and splice it directly into your brain? Not only might it help you shed unnecessarily negative thoughts but it might shape burdensome worries into manageable bite-sized chunks’.

The woman turns: ‘Are you insane: some kind of DIY Jesus with ideas above your station?’

‘You’re not ready,’ the surgical philosopher surmises. ‘It’s understandable, I feel your pain, your confused state. But when you are ready, you know where to find me.’

‘In the looney bin,’ she replies, and yet even as she say this, she finds her feet taking small steps forward, drawing her imperceptibly towards the surgical philosopher, to a life without worries, a life without hands or feet. 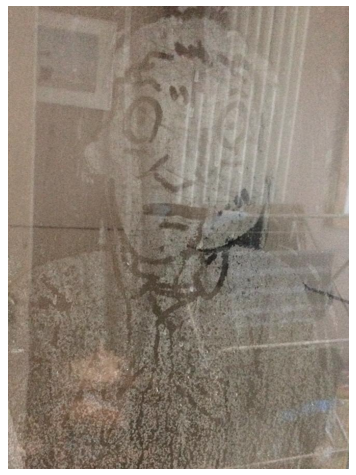 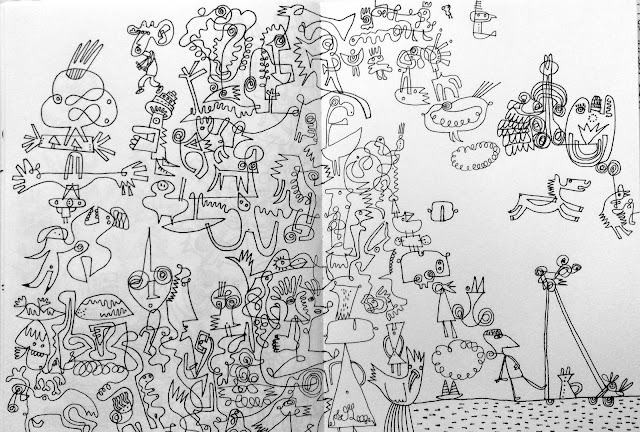 ‘Oh, lone is the path that turns its head, that coils the slopes, and reaches unseen peaks.’

Out into the big sky and mountainous ranges, the air rare and tight, the urban hiker takes his beard for a wild unanswered whistle and a solitary testing climb. No mobile reception, no wifi, just him and his lightly groomed, much-coveted facial hair.

The beard tenses, its follicles frosting with the cold, tightening its grasp on the skin around his master’s mouth to produce a satisfying satisfied grin.

The beard has other ideas and tightens its hold further so the hiker can speak no more. He is forced to sit down with his beard at the mountain’s peak and listen and watch, the cold mist rising from the valley to join his own exhaled plumes of breath, his heart slowing to a single beat, everything laid out before him.